#RunNasaraRun...Let's talk about La Jolla Half and The Safari Run!

Greetings all... Let me continue sharing my Half Marathon experiences! The "Drive for 1:45" continues and since I didn't blog as they happened so I'm catching up before I do my next one in August! Again, I'm doing 10 Half Marathons this year on my 43rd year on this planet and I hope to raise money for the these causes such as cancer ~(Please consider donating), diabetes, etc..., inspire others to get moving and get fit and finally for my own satisfaction and accomplishment! 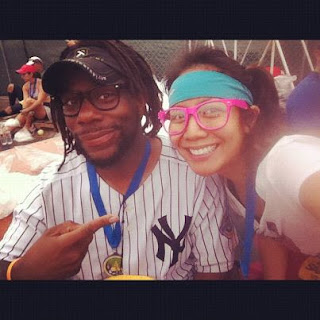 This was a run with a BEAUTIFUL view of lovely La Jolla communities, the ocean (We ran from Del Mar Fairgrounds to La Jolla Cove!) and the lovely hill or "KILLER HILL" at Torrey Pines State Reserves. Maaaaan, it kicked my butt! It was never ending! lol! Somehow I made it through (I had several people yelling at me to keep going!) and ended finishing the run with a 2:11... it was also the first time I tried Island Boost. Island Boost is an "all natural endurance energizer" with glucose and coconut water and it not only tasted good, but it gave me an extra "kick" while running.  I was battling a "funky" knee the whole time, but made it through despite those Lovely hills! I'm gonna do this one again next year! (and I won't let the hill slow me down again!) 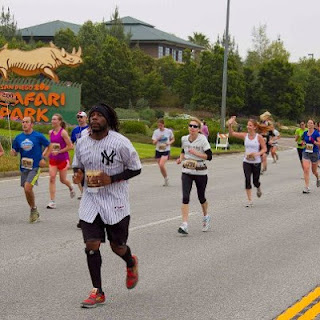 I guess the La Jolla Half served as a "training" run for this one, which happened to be a week later. I kicked butt on this one...I actually broke the sub-2 hour mark with a 1:59:58! Whoo-Hoo! I ran hoping to see Lions, Tigers and Bears (Oh My!) but I guess they were all sleeping..lol! Anyway, it was a fun run starting at North County Fair Mall in Escondido and ending in the SD Wild Animal Park. I was unaware of their "Killer Hill"...though it wasn't nearly as bad as Torrey Pines.

Posted by Sirius Fitness at 3:59 PM